With records dating back to 1794, Bethesda is one of the oldest congregations of the ELCIC and one of the earliest churches established in York Region. The current church building is located at the corner of Euclid St. and Union St., just one block west of Main Street in beautiful Historic Unionville. Along with those who live in and near Markham / Unionville, members travel from the large uban city of Toronto to the south, and from smaller rural and farming communities to the north to worship together. 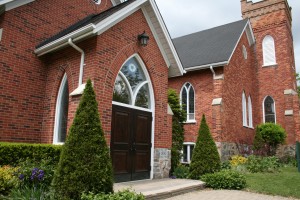 Origins of the Congregation

The Congregation of Bethesda Lutheran Church began its history with the arrival in Markham of 64 German Lutheran families in the fall of 1794. This band of 200 souls left Hamburg, Germany in 1792 under the leadership of William “Moll” Berczy. Berczy, an entrepreneurial artist, lead them to a planned settlement in the Genesee Valley in upper New York State, just south of Rochester. Things did not go well for them there, so they accepted an invitation from Lt. Governer John Graves Simcoe to settle in Upper Canada. Simcoe offered them land in Markham Township. John Henry Sommerfeldt’s diary gives the following account.

“Late in the fall, shortly before Christmas, he let me have a yoke of oxen. Then I got under way, and also my wife, who carried one child on the back and drove the pigs. Between Christmas and New Year I came to my land, there I had to stay in the tent till spring. In that time we three went together, and chopped and brought wood together and built us houses. In spring we moved in.”

This group has become known as the Markham Burczy Settlers. They started two congregations: St. John’s on the 4th Concession (in Buttonville on Woodbine Ave.) and St. Philip’s (now known as Bethesda) on the 6th Concession (on the east side of Kennedy Rd. north of 16th Ave.). St. John’s closed its doors in 1925 and the church was torn down in 1933. The pews in Bethesda Church came from St. John’s. Bethesda is the third oldest active congregation in the Evangelical Lutheran Church in Canada behind Zion, Lunenburg N.S. and St. Paul’s Morrisburg, ON. The orginal name of the the congregation was St. Philip’s Lutheran Church but due to a conflict with the minister V.P. Mayerhoffer in 1837 the name was taken by St. Philip’s Anglican Church when a new church was built across the road. This congregation assumed the name “Bethesda” Lutheran Church in 1894. 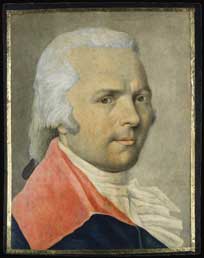 Services were originally held in the Phillip Eckardt house on the east side of Kennedy Road up the hill just north of 16th Ave. This house still stands at its original location. Phillip Eckardt donated the land in front of the house for a cemetery and a church. The first church was a log church.

In 1820 a new church was built under the leadership of Rev. John Peterson on the site of the present day cemetery. A new brick church was built on the site of the original church in 1862.
The community of Unionville had begun to grow around the railroad two miles to the south, so in 1910 the church was taken down moved into town and rebuilt in order to be closer to the community. The windows at the front of the present church sanctuary are from the 1862 church on the hill.

The congregation began a major renovation of the building in 1990 that added about 1/3 more worship space, created office & administration facilities and renovated the basement parish hall, kitchen and washrooms. All of the woodwork, including the new archway entrance and office furniture, was created by a local craftsman who is member of the congregation.